This page will be updated periodically with photos and text about the leek experiment this year. I have never grown leeks before and have started some from seed which are up about eight inches and I have planted some whole leeks to attempt to clone them. You can follow the directions for that here. Thank you to Phil!

These are the Autumn Giant leeks that were started from seed March 18. They will go into the ground late summer or early fall.

Two days later – you can already see the growth. 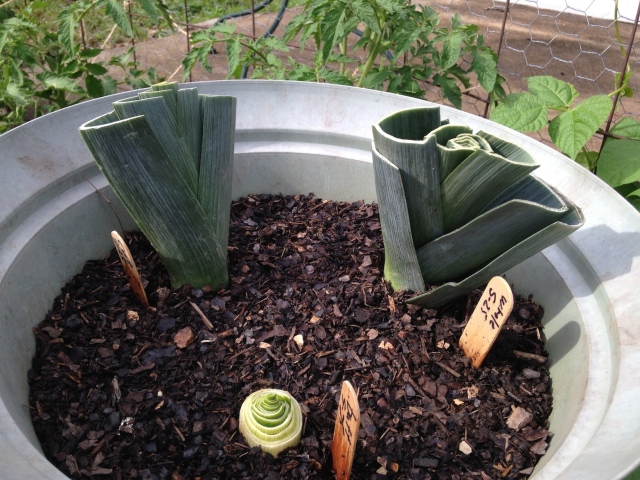 The great leek experiment. These were potted 48 hours before the photo and have already grown. More info coming.

I cut the butt end from one of these leeks and made three possible plants. Lets see what happens. Hopefully at least one of these will create clones.

The instructions I am following;

How to clone a leek